The Finality of Jesus Christ

Is There Really Only One Way to God? 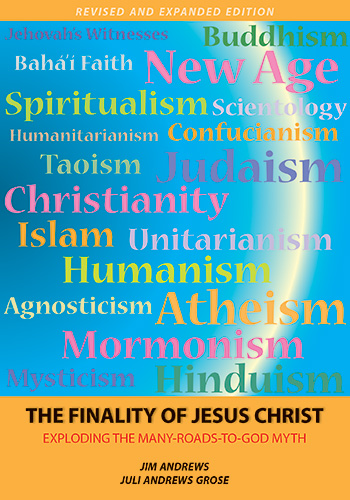 And there is salvation in no one else; for there is no other name under heaven that has been given among men by which we must be saved.

“Is there really only one way to God?” Many people love to challenge Christians with that question! Pluralism, the notion there are many paths to God’s acceptance, is the reigning fashion today. Unthinkably, that concession is even leaking into the mindset of some Christians. Was Jesus mistaken when He claimed to be “… the way, the truth and the life” (John 14:6)? For us Christians, it is a fool’s errand to try to convince (against their wills) those who base their postmodern “theology” about this central question upon human speculation. However, for those willing to listen to the witness of divine revelation, biblical testimony is copious, clear and compelling on this point. There is no evading the finality of Jesus Christ. End of story!

Inquiries about the books

Check out the Editor’s Blog