Recently two media people called me and invited my comments on so-called ‘same sex’ marriages. It seemed appropriate for me to state for the record our position on this socially critical moral issue.

First of all, let me talk about tolerance. Tolerance is accepting people kindly with whose views or behaviors we vigorously disagree. Tolerance is not rolling over on the truth; it is not purchasing peace with the coin of moral or ethical compromise. That is craven indulgence, not virtuous tolerance. Huge difference.

The Worth of All Humanity and God’s Moral Supremacy

Now allow me to set our stance in a theological context. As children of God, we are obliged to do as God does. God loves us sinners, but He hates our sins. Thus, as His offspring, we likewise should love sinners, but never condone their sins.

This critical distinction is neither disingenuous, vacuous nor impractical. For example, we all can love children, but hate childishness. Parents can love a drug addict teenager but despise her destructive habit and fight it with all their might. A family may be quite fond of a sotty relative, but deplore drunkenness and fight alcoholism. A wife may love her lawless husband, but condemn his criminal activity and refuse to cover up for him or buy his excuses.

Likewise we Christians respect the worth and dignity of homosexuals as fellow human beings. At a strictly personal level we may enjoy some gay associates or neighbors socially and professionally admire and respect their talents in the workplace. Even so, as with other self and socially destructive behaviors, we deplore their unnatural and too often predatory sexual practices (as witness the priestly scandals in the Roman Catholic church). Though as persons they too are created in the image of God, their practices are created in the likeness of Sodom.

In that context we forthrightly condemn their unnatural sin, and we condemn their self-serving attempts to entice confused youth into their web of sexual twistedness. We also condemn their brazen trivializing of the sacred institution of marriage and their aggressive attempts to subvert the original, God-given paradigm for the family and we condemn their reckless assault on the social stability of our culture, of which the traditional family is the vital cornerstone.

Cutting Through the Confusion

As the ancient prophet once declared of his generation, these morally upside down folk have the brow of a harlot; they do know how to be ashamed. They make good evil, and evil good; they call bitter sweet, and sweet bitter.

Others in this morally-challenged culture may get duped by language games, but those with a modicum of conscience, with a foundation in revelation, with a rudimentary awareness of natural law, and only modest common sense in appraising the features and functions of human anatomy, will refuse to be taken in by morally minimizing euphemisms that aim at masking the grossness of homosexual behavior.

We all know very well that homosexuality is not, as advertised, a matter of biological diversity; it is a matter of moral deviancy; it is not about an alternative lifestyle; it is all about an alternative debauchery. Homosexual practice is not habit forced by natural selection, but a matter of personal election. And same sex marriage is a bizarre notion as inherently contradictory as talking about a union of one.

Nor do we buy the great Genetic excuse. First of all, any such connection is unproven. Secondly, the sources and assumptions of all such ‘studies’ should be considered suspect until proven reliable. Contrary to academic myth, not all scientists are by any means disinterested in their conclusions and some are not above intellectual fraud. Thirdly, even if some genetic aberration were confirmed, that tilt toward homosexuality is by no means compelling. People can and do leave that lifestyle, a fact that gays love to deny. Fourthly, that connection, even if true, proves too much. The same excuse might well be seized by pedophiles and those who freak out and go postal when provoked.

In reality, one doesn’t have to break the way his tree is genetically bent. For example, my own natural gravity, like all normal males, is toward heterosexual excess. But, thank God, I am more than a biologically coded machine. God made me a free moral agent. Whatever my coding, I can override. I am obliged to say, No! to my over-the-top internal prompters. God commands us to stay in our lanes and not drive down the wrong side of the moral highway.

Where This Path Leads

One closing thought that this whole bad scene brings forcibly to mind.

What we are reaping is the harvest of an anti-God, French-style secularism. Its intent and effect is to curtly dismiss God from the public arena and proudly go it alone. He and His revealed laws are smugly shoved aside as irrelevant in matters of public policy. And right there is where everything goes to Hell literally. That is the reason the politicians and pundits can’t deal with this and make so little sense even talking about it. For in fact they are clueless about how to combat this craziness except on legal grounds.

My friends, the chickens have come home to roost. The minute you dismiss the existence of or appeal to divine revelation for moral direction, you have logically cut the ground out from any viable authority for morality and ethics. Dismiss fixed moral principles grounded in divine revelation and one literally cannot make the case, as the late Christian philosopher Francis Schaeffer once observed, that it is better to help a little old lady across the street than to push her down in front of a car.

One time I asked a Cambridge University science professor seated beside me on a flight to explain to me how he could moralize about anything without appeal to divine revelation. The best he could answer was, “Well, it just seems to me that some things are so obvious that one can take them for granted.” I agree with that, but that “authority” is a hopelessly subjective and therefore fragile foundation for the clarification and preservation of morals and ethics and the formation of public policy.

That is the dilemma of our political leaders. God is out and moral clarity and authority went out the door behind Him. Now we are just twisting in the wind while the audacious and pernicious have their way with us.

We asked for this. Now we have it. God help us. 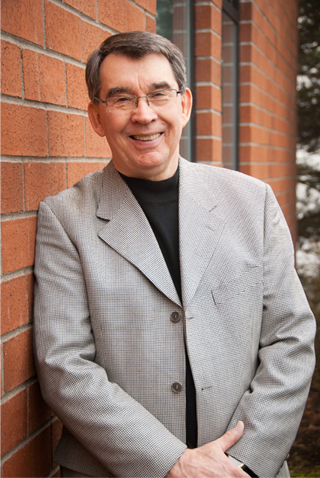 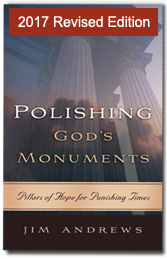